Running has been a part of my life for a long time. From starting in cross country as a middle schooler, to then running in high school and then using it as one of my favorite forms of exercise as I was in college. For me, running has always been either competitive or used as a release for me. A way that I could escape from everything else going on and just be one with myself, my thoughts and the music.

I started getting into road races while in college but never really trained for them. I did a couple half marathons with friends and used it as a way to never loose the little competitive side of me as well as accomplish something that I had set out to do. Running was always a way for me to get to know a new area. If I was traveling, I was running to find my way around. Or if I was new to a town, I would run to become more familiar with the streets that I was living around. It made me feel more comfortable with where I was because I was always seeing it by foot. Having a bad day? I was probably going to get it all out in a run at some point.

So, fast forward to graduating college and trying to figure out how I wanted running to play a roll in my life. If you know me, I also love a lot of other forms of exercise. Everything from spinning, weight training, HITT classes, you bet you can find me at. I knew I loved races and long distance so I went for it—decided to sign up for my first marathon (26.2 miles) while I was living in Dallas! I was excited because it allowed me to challenge myself, gave me something to work towards during the week & weekend, and essentially changed the way I fuel my body.

I literally Googled “Marathon Training Plan” and found one that I thought would work with my schedule, sounded relatively easy to follow & so I went with it! I placed all my runs in my planner and set out to begin the 18ish week training for my first marathon. I did a lot of things wrong during this training from trying to cut out carbs, give up certain food groups because I thought they were “bad” for me and essentially under fuel for myself for the toll it was taking from this training. I was tired A LOT but I kept pushing forward without really listening to my body.

Come April, my parents had flown down to watch my first marathon and it was just about everything that I never imagined would happen. (PS. this is NOT to scare you from embarking on a marathon because I would encourage them to all that are interested, but only to share my experience on what went wrong.) I remember at the half marathon mark passing by my parents and telling them I was hurting. This run physically felt harder then any run I had been on before. Come to mile 18-19 and I remember that I had to stop and walk because I was feeling so bad (something that I knew I didn’t want to have to do in the race). I kept telling myself I only had a few miles left, that everything I read said the last 6 miles were the hardest and that if I could just push through them, I would be there. I don’t remember anything past mile 20. I couldn’t tell you a thing about the race after that until I woke up in the ambulance. I had passed out at mile 23 when I saw my mom. Honestly, thank god my parents were there because I’m unsure of how the events would have played out. After waking up in the ambulance, they begin to tell me that I was serverly dehydrated and had to put fluids in me to get my levels back in check. I asked if I had finished the race and they said no. It was one of the most defeating feelings I’ve ever had. Looking back at it, not only was it one of the scariest moments in my life but it was one of the biggest lessons for me. My body was giving me signs all along, it new the amount of fuel that I needed to make such a big task work and I failed to listen. Not only, it helped me become stronger both mentally and physically for the next.

I knew I didn’t want to give up on completing a marathon. Yes, I was freaking scared to do another. Would the same thing happen again? Does my body just not work that way? Could I really go through another demanding (physically & time consuming) training schedule? I started to research other races, and came across the Walt Disney World Marathon in Orlando, FL and knew I had to do it. It seemed like a blast. So I signed up!

This race was about 10 months after my previous race. I did it all again. But I did it different this time. I started to invest more time in food that was going to fuel the vigorous runs that I was doing and found ways to keep myself hydrated at all times. Come January 2017, the race was here and I had my parents there to cheer again, one of my best friends (who was also doing the race) & I was excited! This race was different, I was having fun, I felt good & most importantly I crossed the mile 23 and I was still on a roll and you bet I was just thankful to be able to get past the point where I had passed out before. I finished this race strong and at a time that really surprised me.

So, I finish with a time that left me curious. I wasn’t too far off from qualifying for the Boston Marathon, so that’s exactly what I set out to do. It is still one of my biggest goals.

Immediately following that race, I wanted to sign up for another. I don’t think I even let the soreness from this race wear off before I was searching for another haha. You often hear you get pulled in after that post race feeling & it’s so true! It truly is one of the most rewarding feelings. Each race I feel like has mentally made me stronger.

So, the next race I decided on was the San Diego Rock n Roll Marathon. This was in June of the same year. I loved San Diego, I had heard great things about the Rock n Roll marathons so I was excited to do this one next! I began the training again. This time only a month or so apart from finishing my previous race. During the course of this training, I started to develop issues with my femur bothering me. I saw doctors, did a lot of swimming leading up to the race and kinda laid low for the last two weeks before the race because I was afraid of causing something serious this close to race day. Therefore, going into it I was pretty nervous. This race was one of the most challenging races I’ve ever done (besides for the first one). It was full of hills, it was a little warm, and it was just a hard race. For this race, I knew the BQ time that I needed to qualify but after the issues I had been experiencing, I didn’t think too far into it. When I started to notice that I was on course to qualifying if I continued at it, I kept pushing forward.

Unfortunately, I crossed the finish line 45 seconds over the BQ time. Yes, it wasn’t the result that I wanted but I was still happy with myself because not only was this course super challenging but I ran a race that I didn’t even know was in me. Did I want to run another race after it?? YUP

So, I set out looking. This time I got my brother into it and he wanted to run one too. We both applied for the New York City Marathon lottery. & we both got in. This race was in November of the same year. This training cycle was a little different this time around because my body started to hurt. The femur issues that I had experienced before came back and this time led me to physical therapy and more pool training. I remember going to physical therapy and one of the therapists saying that my body was going to be a mess if I continued to run marathons. Not the most encouraging right!? I struggled with this training because the runs were harder and with an injury that wasn’t getting better, I started to feel hopeless about this race.

A month leading up to it, I thought I was going to have to pull out because of the constant pain I was experiencing. I wasn’t receiving much information from the doctors or physical therapist because all of the scans had come back negative. I really didn’t train like I planned to for this race so just to finish was all that I had in mind. As long as I could get myself to the start and finish line, I was going to be happy. This was a challenging race but one of the coolest experiences because the city was electric. Although my time was no where near my previous races, I made it to the finish!

After New York, my body had enough of running. I never wanted to get to the point when I didn’t enjoy running and after everything that happened prior to that race, I was worn out. So I decided to not sign up for another race and not run until I felt ready to get back out there. I didn’t end up running outside for 5 months or so. I started to do other workouts, group classes and found that’s where I wanted to put my energy.

I slowly started to get back into running, both literally & figuratively. Running was different now. Going out and running 2-3 miles for me was now harder then it every had been. The challenge in this and now urge to be back out running again made me want to sign up for another race. So, once again I rallied my brother, entered my name in the lottery & got into the 2019 Chicago Marathon!

So here we are, the first few weeks of my 18 week training for the Chicago Marathon. I’m feeling all the feels for this training. I know everything is different then it was two years ago when I was in the depths of training for these races. Just like all the other trainings I’ve been through, I know the mental rewards are far greater then a hard run. I’m praying for a healthy training cycle & I can’t wait to bring you all along the ride with me! xx 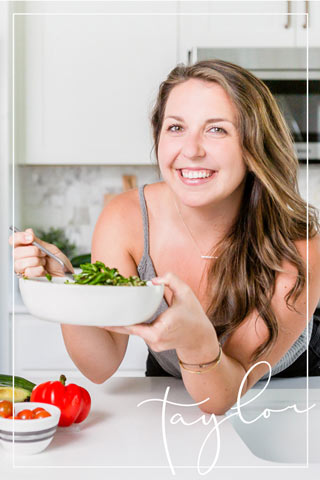 Hi there! I’m Taylor.
I’m so happy you’re here! I created my blog as a way to connect with more of you! I want to expand on my recipes and create a place where I can share more on my passion for living a happy, healthy & balanced life. 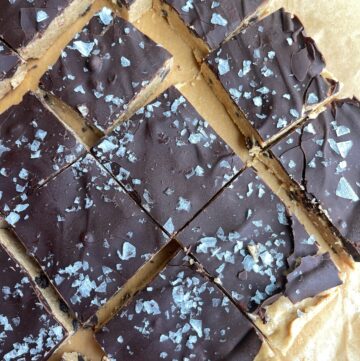 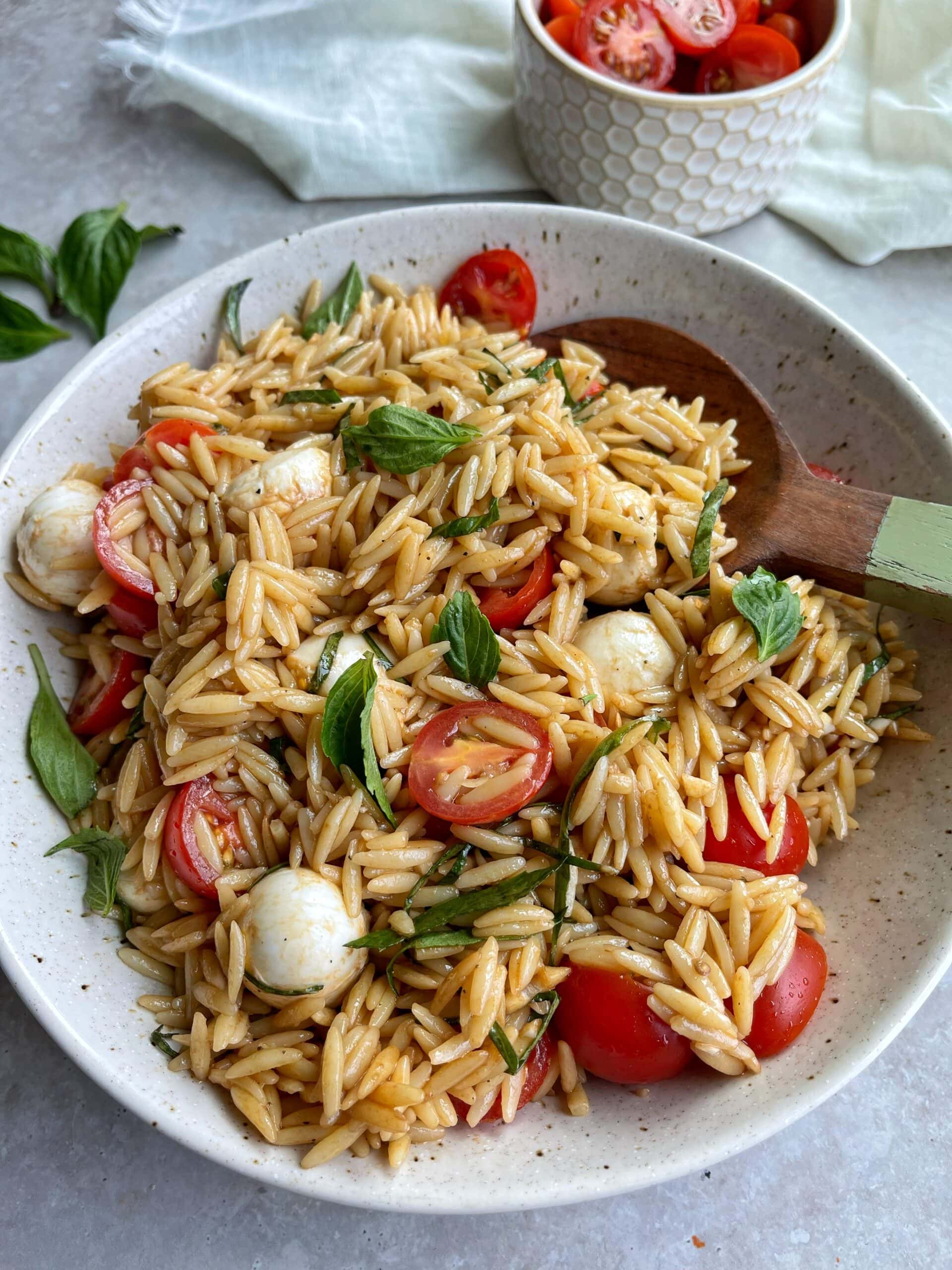